Lots of great players on the grounds yesterday at the Rogers Cup in Montreal and another fantastic day for Canadian tennis with Vasek Pospisil defeating Radek Stepanek, and Milos Raonic beating Mikhail Youzhny.

Today should be even better with Nadal vs. Janowicz first up on Center Court, followed by Murray vs. Gulbis, Del Potro vs. Raonic, and Djokovic vs. Istomin. I'll also be making my way over to the National Bank Court to watch Pospisil try to take down Berdych.

Here are some photos from the Rogers Cup so far...

First up we've got Tommy Haas stretching it out during his practice session. 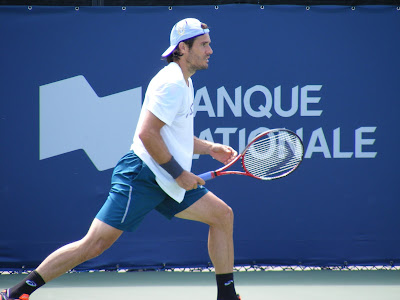 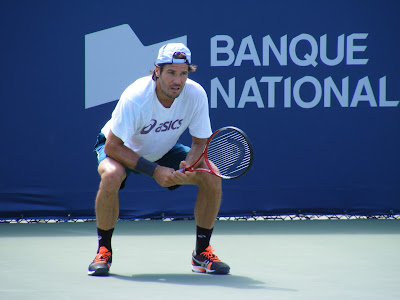 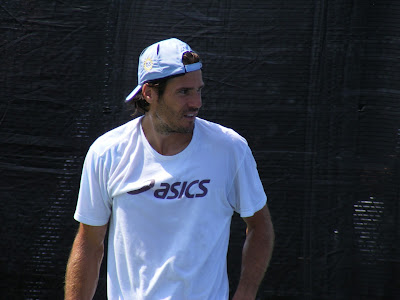 Then we've got Frank Dancevic and Jerzy Janowicz in their second round match. Jerzy won in three sets. 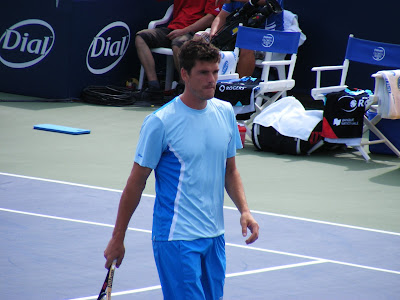 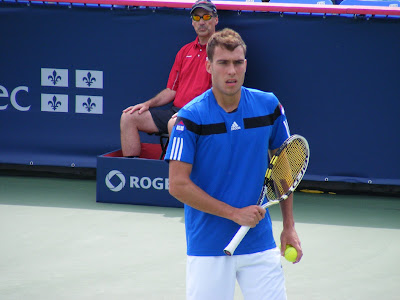 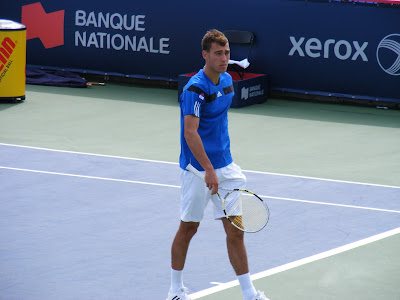 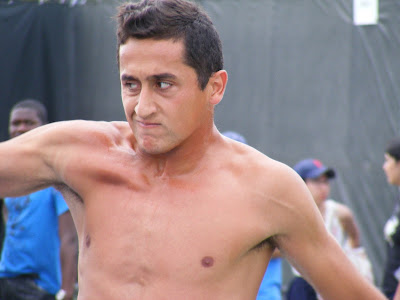 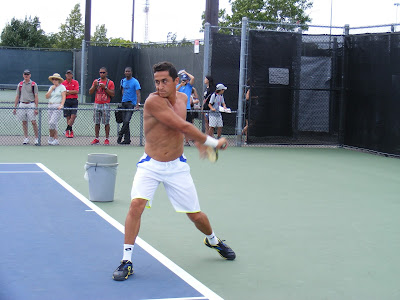 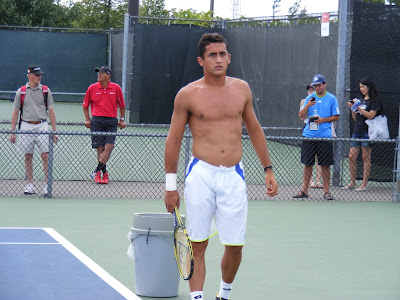 Del Potro and Dolgopolov on the practice courts... 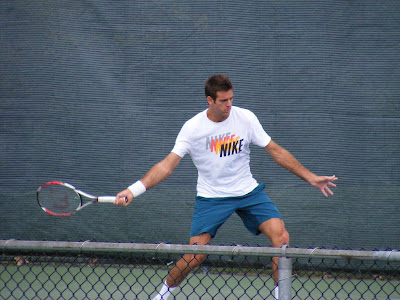 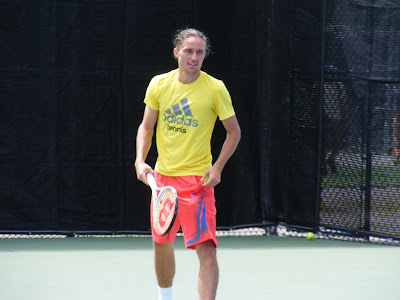 A few shots of Raonic and Nadal from their press conferences... 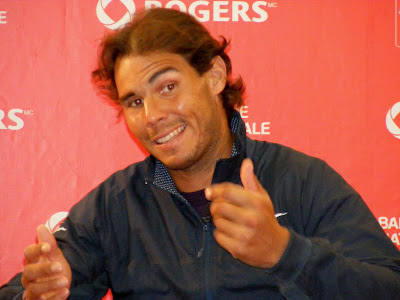 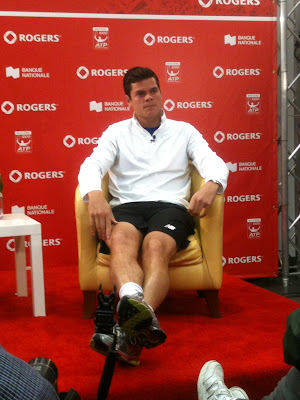 And finally, the view from my desk in the press room...overlooking a flooded Center Court 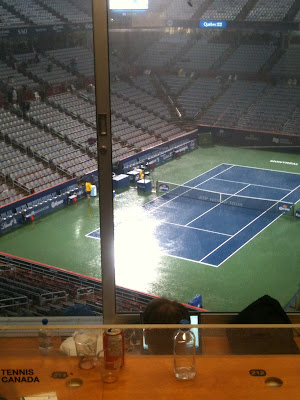 For photos of Nadal's practice session click here.
Posted by Unknown at 9:10:00 AM