Back home from my first day of covering the Rogers Cup in Toronto. I'll be at the tournament every day this week, so check back often for photos, videos, and news. As expected, there were not many big name players on the practice courts today, as they either withdrew (Federer, Nadal, Roddick, Ferrer, Wawrinka, Almagro, and most recently Feliciano Lopez) or they're still at the Olympics (Djokovic and Murray). However, I did get a chance to see lots of great players sweating it out in the ridiculous heat of Toronto.

First up on Court 1 was Italian Fabio Fognini who defeated Canadian Pavel Krainik in the first round of qualifying. 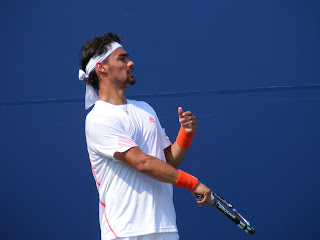 I heard Milos was on the practice courts so I quickly ditched the Fognini match and headed over to watch everyone's favourite Canadian. He was practicing with fellow Canadian Peter Polansky. 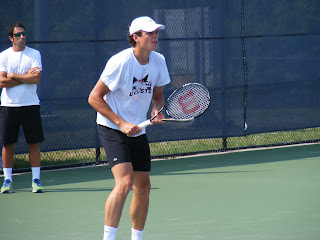 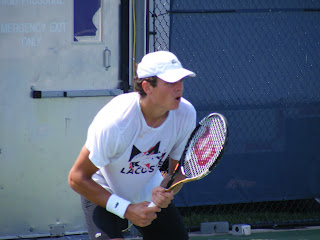 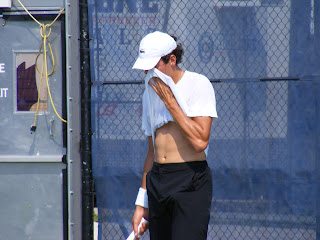 Then Milos stated telling his coach some crazy story where he made monster-like movements with his arms. 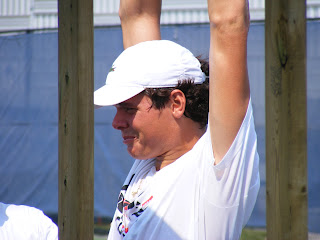 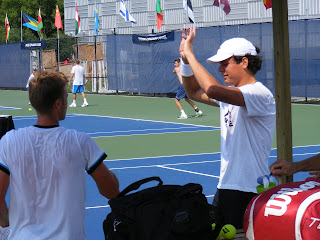 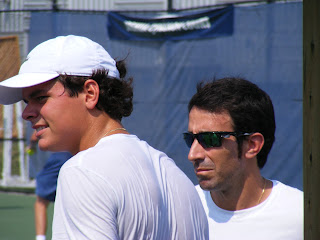 While watching Milos on the practice courts I turned around to catch Bernard Tomic posing for photos with a bunch of fans. Made me like him a little more. 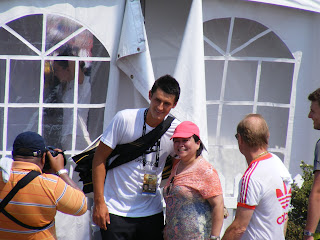 Not sure why there were stormtroopers wandering around the grounds...but that indeed did happen. 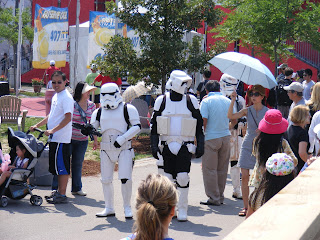 Canadian Vasek Pospisil is one of my favourite players, so I was excited to see him practice. Pretty sure the heat got to him though because he looked like he was going to die. To be fair, it was brutally hot. 41 degrees Celsius with the humidity. 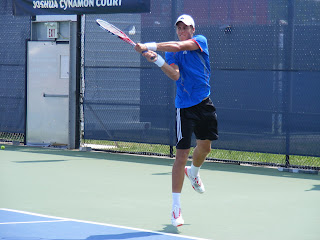 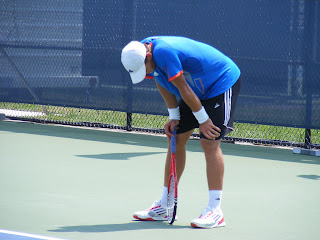 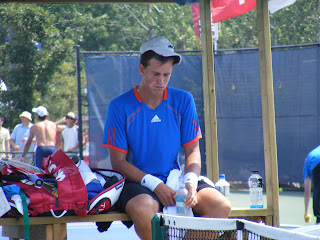 I was probably most excited to see good old David Nalbandian. 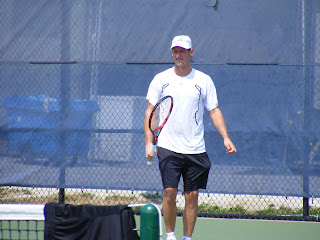 Found Marin Cilic practicing on one of the more hidden courts. 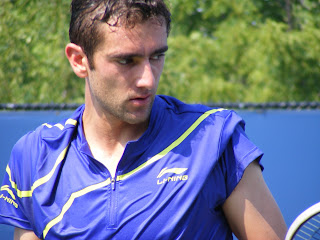 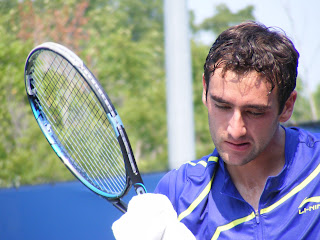 And here we've got Grigor Dmitrov, AKA Baby Fed, who was eliminated today by the magnificent Swiss player...Marco Chiudinelli. 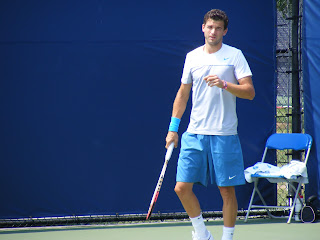 Seeing this painted on the wall of Centre Court made my day. Roger and Andy as Toronto Maple Leafs? Why not? 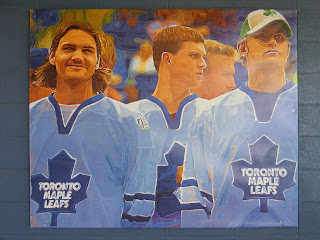 And here's Nalbandian again for his second practice session! 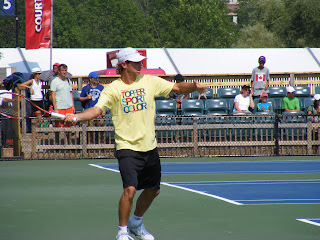 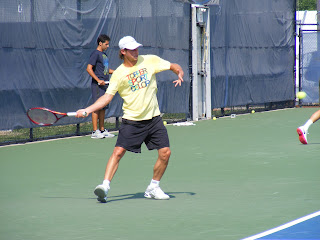 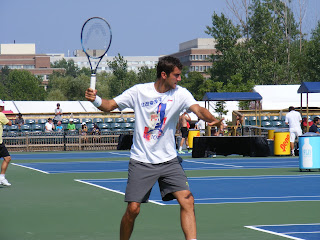 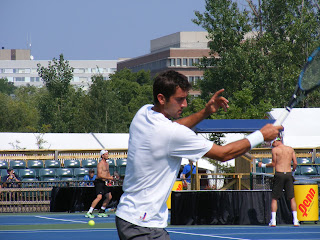 That's it for today. I won't be at the Rogers Cup tomorrow, as I'll be staying home to watch Federer and Murray play for Olympic gold, but I will be at the tournament every day from Monday until the finals next Sunday. Check back often for updates!